PODCAST ARMED TO THE TEETH:
Born Too Late Radio Show # 3. 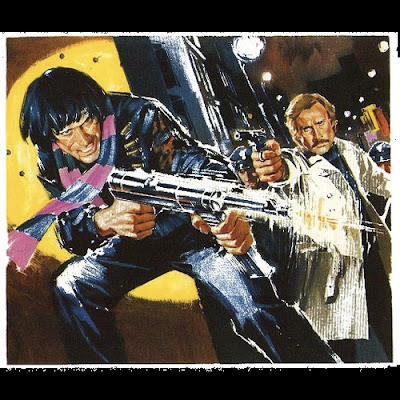 So I knocked out another one of these radio shows last weekend.

Being that Mixcloud is a modern thing, when you upload a file they naturally make you pick a “primary tag” from a list of about thirty entirely inappropriate options. I played safe with “OTHER” this time, but I was really tempted to go for “BUSINESS”, such is my confidence that the music herein will assist you in takin’ care of such.

I threw this one together pretty quickly, so as a result a few corrections and clarifications are in order:

1. Due to some confusingly labelled MP3s, I misidentified the title of the Emerald Web track that closes the show. How could I forget that it is actually called CHASING THE SHADOW BEAST?

2. I also forgot to mention that the Obnox album ‘Templo del Sonido’ is out on the Astral Spirits label, who can be visited here.

3. Perhaps most importantly, I should clarify that when I casually referred to actor Maurizio Merli as the “bitch-slapping don of Italian cop movies” at one point, I was not in fact making some horrendously misogynistic comment, but was using the term in it’s urban dictionary defined form to refer to Merli’s endearing habit of slapping (predominantly male) suspects open-handed whilst playing crusading cop characters.

4. Likewise, we should note that Ice-T’s description of the late Barbara Bush is ill-mannered at best, but I certainly wasn’t going to tell him that to his face. My apologies for any offence caused.

5. I also implied during the show that Sleep’s ‘Dragonaut’ has some connection to cars. Upon closer inspection of the lyrics, this does not seem to be the case. I'd just assumed, y'know, drag = dragsters, drag-racing, etc. I was quite tired. I was wrong.

6. And finally, my apologies too to any Italian speakers for the wide variety of names, titles and phrases I no doubt mangled over the course of these two hours of live-ish radio.

With all that out of the way then, here’s a mixcloud box and full track-list. (Where applicable, I’ve added bandcamp links in brackets for anyone who wishes to buy or investigate further.) 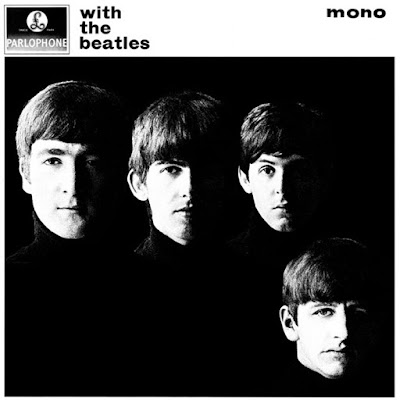 As you might well imagine following my earlier post on the subject, my reading of Ian MacDonald’s ‘Revolution In The Head’ has rocketed far beyond the time I have had to listen to and write about the group’s LPs in parallel with my reading. Currently for instance, I’m crashing head-first into the book’s Sgt Peppers-era stuff, whilst my posts here haven’t got beyond their debut long player.

Time to catch up then! Let’s whiz through this lot quick as I can, and we’ll see what happens!

Following up rather unevenly on the fresh-faced wonder of ‘Please Please Me’ a few months earlier, I think this must be one of least loved of the group’s run of much-loved records, despite its iconic cover art and earth-shaking sales figures. Listening front to back, it’s easy to see why, that should not distract us from the fact that it gets off to a great start.

‘It Won’t Be Long’ has a more assertive, trebly electric guitar sound than anything on the previous LP, even as a Hank Marvin-style lead lick give a nod to the conventions of pre-Beatles British pop, and an aggressive Lennon vocal that undercuts the cheery blandness of the lyrics. Sounding a touch too harsh for the sunny image cultivated by subsequent Greatest Hits track-lists, it’s nonetheless classic early Beatles and a real keeper. Another solid Lennon number, ‘All I’ve Got To Do’, follows – it’s more subdued, but has a palpable weight of feeling behind it and some great ensemble playing, making it one of the band’s best blue-eyed soul numbers. Then, McCartney’s ‘All My Loving’ crashes in, and, as I’m sure you’re aware, it is BOSS.

Next up, George Harrison’s first original song for the group, ‘Don’t Bother Me’, is a weird and morose delight, allegedly written whilst he was confined to bed with flu in a seaside boarding house whilst on tour. It is, admittedly, one hell of a stretch to claim that the first stirrings of Harrison’s later obsession with Indian music can already be detected here, but the song’s verses certainly have a droning, mono-chordal kind of quality to it them, which, combined with some delicious, Bo Diddley-ish tremolo guitar textures and messy, smeared echo on the vocals, could probably qualify it as being at least a *bit* proto-psychedelic.

Four songs, split between three writers and vocalists, this opening quartet presents a fantastic snapshot of the variety of the band’s potential and the – then unique – aural excitement they were capable of creating.

Thereafter however, things go a bit awry, and the album never really recovers its momentum. Although The Beatles first grabbed people’s attention as a raucous, high energy rock n’ roll band, their attempts to capture this energy in the studio were patchy at best, with a handful of clear successes (‘I Saw Her Standing There’, ‘Twist & Shout’) outnumbered by at least twice as many blunders and mediocre/uninspired renditions of decent material – and sadly the latter very much predominates here.

Their take on ‘Roll Over Beethoven’ is merely adequate, whilst their covers of recent soul hits (‘You Really Got a Hold On Me’, ‘Devil In Her Heart’) feel lacklustre and, well, a bit soulless to be honest, despite the band’s obviously sincere love for black American music. Their imitative originals in a similar vein meanwhile (‘Little Child’, ‘Hold Me Tight’) are minor items at best, although the former – with a Ringo vocal – is ok, despite its dated and distasteful lyric.

Worst of all though, ‘Please Mr Postman’ is an artless, groove-free travesty of the charming Motown original (such a disappointment after their slam dunk with ‘Boys’ on the first LP), and McCartney’s buttoned up cover of Peggy Lee’s ‘Til There Was You’ is flat-out rubbish – emblematic of the kind of square, schmaltzy crap he’d bloody-mindedly continue to foist upon the band from time to time throughout their career.

With ‘I Wanna Be Your Man’ meanwhile, Lennon & McCartney contrived to write a rock n’ roll song of almost ‘Louis Louis’ level zen brilliance, but it is sobering to reflect that, at the time, neither they nor The Rolling Stones (to whom the song was initially donated) seemed capable of doing it justice in the studio. (To hear it done properly, I recommend The Milkshakes’ version from 1984.)

Overall then, the closing two thirds of ‘With..’ feel like a bust. The ballads are boring, and the only one of the ‘ravers’ that really comes off is the closing ‘Money (That’s What I Want)’, with a pounding groove and Lennon’s totally ragged tonsils propelling it into that select pantheon of Beatles rock n’ roll cuts that genuinely kick it.

In view of the considerably more rewarding direction the band would subsequently begin to develop, I’d speculate that, canny operators as ever, they must have been well aware that this LP’s epoch-making success was more of a ‘time and place’ thing than an honest reflection of its musical worth. Having said that, if just about any other white pop group in existence in 1963 had put this out it would likely be revered as a remarkable achievement – but, by the high standards The Beatles were about to set for themselves, it still falls a bit flat; not so much a difficult second album as just a slightly lazy one.