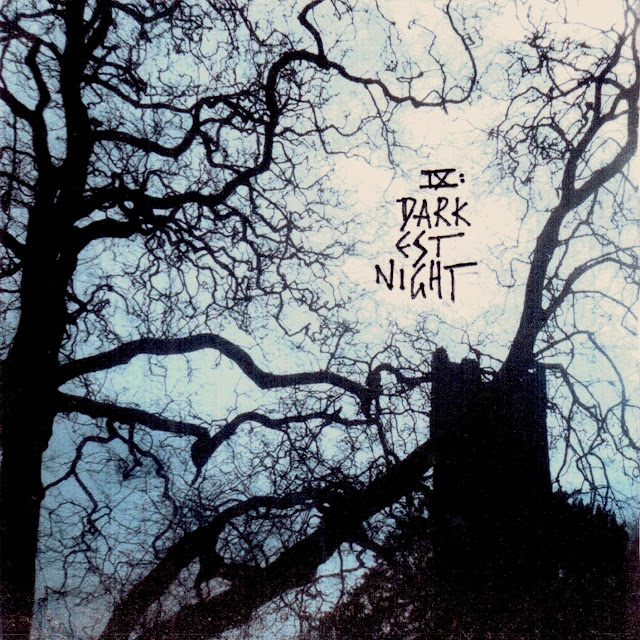 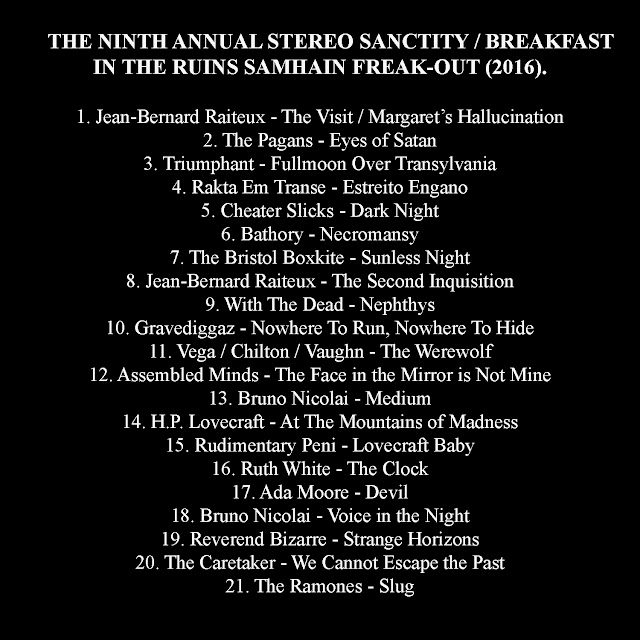 Hopefully arriving with sufficient notice for you to fully absorb it as you set about cultivating appropriate state of mind prior to next week’s big night, I’m afraid I must warn you that, for better or worse, this year’s Halloween comp has emerged as quite possibly the darkest and gnarliest to date. Decidedly low on jollity, what we have here is a thoroughly shuddersome mixture of anguished subterranean punk, ferocious funereal metal and eerie psychedelic aberrations of one kind or another, guaranteed to get you in the mood for a full-on, cemetery-stalking Halloween.

Once this general atmosphere had taken hold, I thought I might as well go with it, and as such I have finally taken the opportunity to include in its entirety one of my all time favourite trad doom tracks, Reverend Bizarre’s ‘Strange Horizons’. You may think you know ‘epic metal’ with yr new fangled Neurosis and Opeth and what-not, but trust me my friends – this is one you need to experience. It’s a thing of beauty.

Also noteworthy here meanwhile is the inclusion of the first ever hip-hop track on one of these mixes (courtesy of my long overdue immersion in Gravediggaz’ ‘Six Feet Deep’ album – hey, only nineteen years late), and, I believe, our first ever vocal jazz ballad too, courtesy of Ada Moore. Let’s hope there’s more of both to come in future.

Relatively little movie content this year, but nonetheless, featured films include: ‘Les Demons’ (Jess Franco, 1972), ‘All The Colors of the Dark’ (Sergio Martino, 1972) and ‘Eugenie: The Story of Her Journey Into Perversion’ (Jess Franco, 1970). 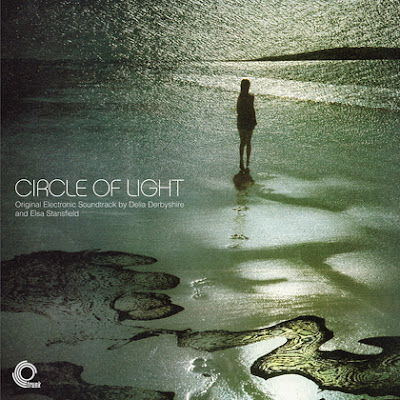 If Delia Derbyshire hadn’t existed, someone would have had to invent her, and indeed if someone had to invent a hypothetical masterwork for her fictional alter ego, they couldn’t do much better than this long lost soundtrack, which was originally created to accompany a 1972 short film based around the work of experimental photographer Pamela Bone.

Conjured up out of the ether and pressed to vinyl this year by Trunk Records, this is indeed such a mightily potent relic of mid-century British esoterica that I’d have my doubts as to its authenticity were the sounds contained herein not so singularly bracing that no 21st century cartel of bakelite-fixated retromancers could possibly have willed them into existence.

After a brief spoken introduction from Bone and an unidentified announcer (both perfect RP, of course), proceedings get underway with a perfect marriage between Derbyshire’s carefully wrought take on early DIY electronica and a selection of exquisite tape-crackling field recordings – island winds and crashing waves creating a gentle wind tunnel ambience, as delicately treated ‘natural’ sounds blur into the ‘artificial’ realms of Delia’s faintly malevolent lampshade-scraping drones. Elsewhere, passing seagulls are reverbed until they become alien sonar pulses, whistling past like fireflies. Distant dog barks echo across the water; grasshoppers and flapping moth wings rise to the foreground sounding as close as yr own heartbeat.

Initially an aural equivalent of encountering an inexplicable alien presence whilst walking alone after midnight on a rocky south coast beach under a full moon, the atmosphere is gradually transformed beyond all recognition, until eventually we are faced with visions of unknown, multi-coloured birds calling across a pulsing extraterrestrial swamp – unknown beings squelching and swarming like something out of Brian Aldiss’s ‘Hothouse’. An utterly unearthly sound that proves impossible to pick apart, but that still can’t help but radiate fragments of that unmistakable ‘black & white telly’ radiophonic aesthetic.

Or, alternatively: forget all that, and just imagine sitting down to spot-check a large collection of reel-to-reel nature recordings, shortly after swallowing a powerful hallucinogen.

Like so much of Delia Derbyshire’s work, this stuff is fiercely experimental, incredibly atmospheric, but also singularly lacking in pretension, utilising what we would now probably think of as “ambient” techniques to create an experience that, far from sinking into the background, remains distracting, enthralling and intermittently alarming throughout.

Anyone who has spent quality time lurking in the contours of Delia’s ‘Blue Veils & Golden Sands’ will probably want to jump on this one straight away and sink deep into it’s wordless expanses of unexplored sonic landscape… and well they might. Just watch out for those bloody owl hoots halfway through Side A though - they’ll put the wind up you and no mistake. 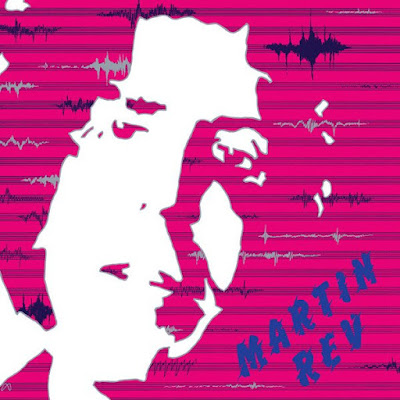 Though it has been uncharitably accused of being little more than an instrumental Suicide LP that Vega couldn’t be bothered to come up with any vocals for, Martin Rev in fact put hell of a lot of effort into the tracks on his solo debut, giving them atonal depth and melodic sensibility that feels like a natural and wonderful progression from the primitivism of the first Suicide album, fitting in neatly before the woozy disco-damaged weirdness of their 2nd LP took hold.

Opener ‘Mari’ in particular stands out as a real feather in Rev’s cap as an electronic composer - a toweringly optimistic masterwork of minimal synth beauty, like a ray of light shining across Manhattan’s skyscrapers, bold super-hero sky-gazing with a melody disarming enough to melt perma-shaded hearts all along 42nd St.

Attempts to mimic Vega’s vocal style on the following ‘Baby Oh Baby’ are something of a misstep, but the track itself is still a fine precursor of the kind of street-walkin’ psychedelic stew Rev cooked up for that aforementioned 2nd LP, laser blast wave patterns ebbing and flowing giddily whilst a ‘Ghost-Rider’ worthy bass riff lurks in the background, ready to slay all.

The whole LP in fact is a similarly perfect match of punk-ass lo-fi technique and single-minded composer-ly precision. Whilst the sounds themselves are often wild and alien, when it comes to writing, Rev proves a no nonsense populist, working with rhythms and melodies that are simple, strong and unashamed, refuting the avant-abstraction that normally went hand-in-hand with this sort of electronic experimentation back in the day. Simply put, the best moments here could go toe to toe with anything John Carpenter produced in the minimal synth stakes, and come out on top with slinky, gooey, kaleidoscopic atmosphere to spare.

That said, it does all get rather oppressively hypnotic in places, employing dense ultra-repetitive masses of squiggles comparable to Astral Social Club, but nonetheless, Marty stays faithfully at the controls, and by the time we get to ‘Asia’s sublime scrape-along-the-marimba perma-echo kick, the tension of a looming back alley knife fight seems to have merged wholesale into the kind of mystic beautification being practiced by Reich, LaMonte Young and the rest of that gang up-town.

Like most Rev solo endeavours, this LP effortlessly surpasses the anticipated limitations of a dude playing two finger organ riffs over a ‘robot marching bad’ drum machine to emerge as a unique, multi-faceted and engrossing recording – a great album and a legit trip for close headphone scrutiny.

Post-script # 1: When I began writing this I was under the impression Superior Viaduct’s reissue dated from 2016, but turns out they actually put it out years ago as one of their first releases. Well, what the hell – I bought it in 2016, so what do you want me to do – change my list, dump this post and NOT tell you how much I like it? Pfff….

Post-script # 2: Until reading the sleeve notes for this reissue, I never knew that Martin Rev’s full name is ‘Martin Reverbi’. Can you believe he shortened it for his music career…!? Go figure. 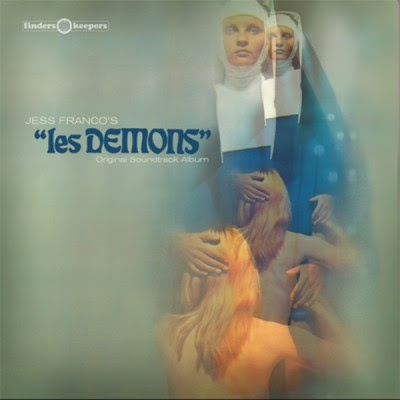 Watching Jess Franco’s particularly crack-brained 1972 sexploitation cash-in on ‘The Devils’ and ‘Mark of the Devil’ for the first time, most viewers will be especially struck (and likely amused) by post-production supervisor Gerard Kikione’s decision to demolish the film’s almost shaky period setting via the application of masses and masses of pungent psychedelic rock… and lo and behold, all these years later, here it all is on vinyl, lovingly pasted together by Finders Keepers.

As was the case with some of Finders Keepers’ Jean Rollin soundtrack releases a few years back, the label’s presentation of the material will no doubt have many serious soundtrack aficionados grinding their teeth to a bloody pulp as a result of audio that seems to have been pulled at least partially from the film print itself, as is clearly signalled by the utterly gratuitous chunks of fruity English dub dialogue and sadistic sound effects liberally scattered throughout. Meanwhile, FK’s apparent decision to rename tracks previously featured on the ‘Trafic Pop’ album to reflect the scenes they soundtrack in the film seems decidedly questionable, and could no doubt raise further consternation from those aforementioned serious soundtrack types, together with much potential confusion for those of a scholarly disposition… but no matter.

For us more casual listeners, it’s lovely to have the chance to enjoy this stuff purely as a long lost Jess Franco OST, packaged and sequenced in entirely the manner it might have been had the great man’s terminally marginal, shadily distributed films proved a hot enough ticket in the early ‘70s to justify the release of their own historically inappropriate Tarantino-esque mass market soundtrack LPs.

Another instant room clearance device, a perfect Halloween party disc, a further chance to convince your neighbours that you’re a heinous pervert, or just another reminder of the singular world of creation that spun around the axis of that sainted sinner Jesus Franco – take it however you wish… but take it! 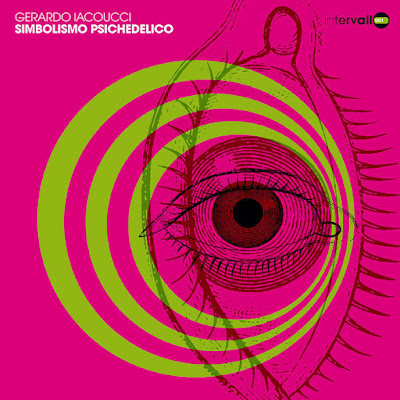 Picking up this reissued Italian library disc as an entirely blind buy (how could I not?), I must admit I had my fingers crossed for some H. Tical/‘Distortions Pop’ type heavy rock freakouts, or some foot-tapping, Bruno Nicolai-esque weirdo-giallo jams – but for better or worse, it turns out maestro Iacoucci was going more a rather more literal and primal interpretation of the term “psychedelic”.

As such, proceedings opens with some weird tone generator stuff that sounds like a pair of Clangers attempting to sing opera, before subsequent pieces bring in harpsichord, piano, scittering free drumming and stridently atonal bass for some studio-warped “jazz on the moon” type shenanigans that might have escaped from the more fragrant end of Sun Ra’s planet of sound. Climbing-the-mountains-of-Mars reverbed kettle drum crescendos are up next, then bleeping sci-fi movie sonar noises, before the flip-side opens with something that briefly sounds like one of those atonal nightmare dirges that Morricone used to bust out for gialli soundtracks… and then it’s back to Moon Base Alpha again for laughing gas cocktails in the jazz capsule.

Basically then: if you’ve ever felt the urge to create a parody of an aggressively experimental Italian library music album from the early 1970s (a pretty niche audience for those laffs, I’m guessing), give up immediately - ‘Simbolismo Psichedelico’ already covers that ground so perfectly as to render your efforts surplus to requirements.

To be honest, only a maniac would be likely to deem this LP ‘essential’, and with so much of this kind of way-out weirdness popping up in the reissue racks these days, I’m not sure that ‘Simbolismo Psichedelico’ will claim much space in many listeners’ lives. Although there are moments here that arguably break through to the increasingly busy plateau of “long lost avant garde genius”, the more persistent feeling is that of “a couple of blokes farting about in the studio for the few days after the boss demanded ‘something spacey and psychedelic’”. But, well, I dunno - I like it nonetheless. It’s quite the mood-setter, that’s for sure – especially if the mood you tend to favour is one in which everyone else leaves the building, leaving you to watch a Czech sci-fi movie in peace. Score.

You can listen and download directly from Intervallo’s bandcamp, or check Discogs for the vinyl.