The Night The Screaming Stops:
Being the Seventh Annual Stereo Sanctity /
Breakfast in the Ruins Halloween mix CD. 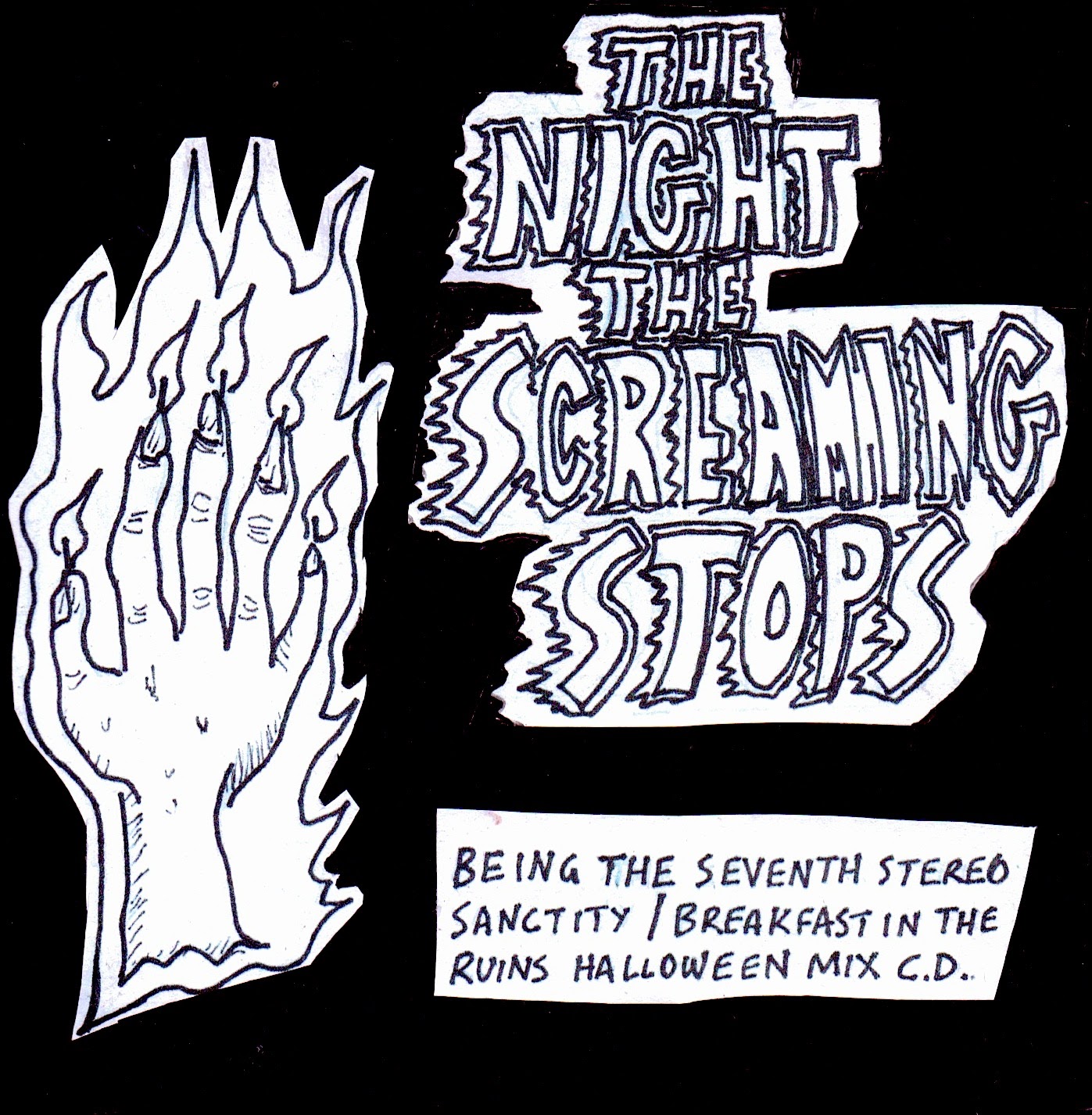 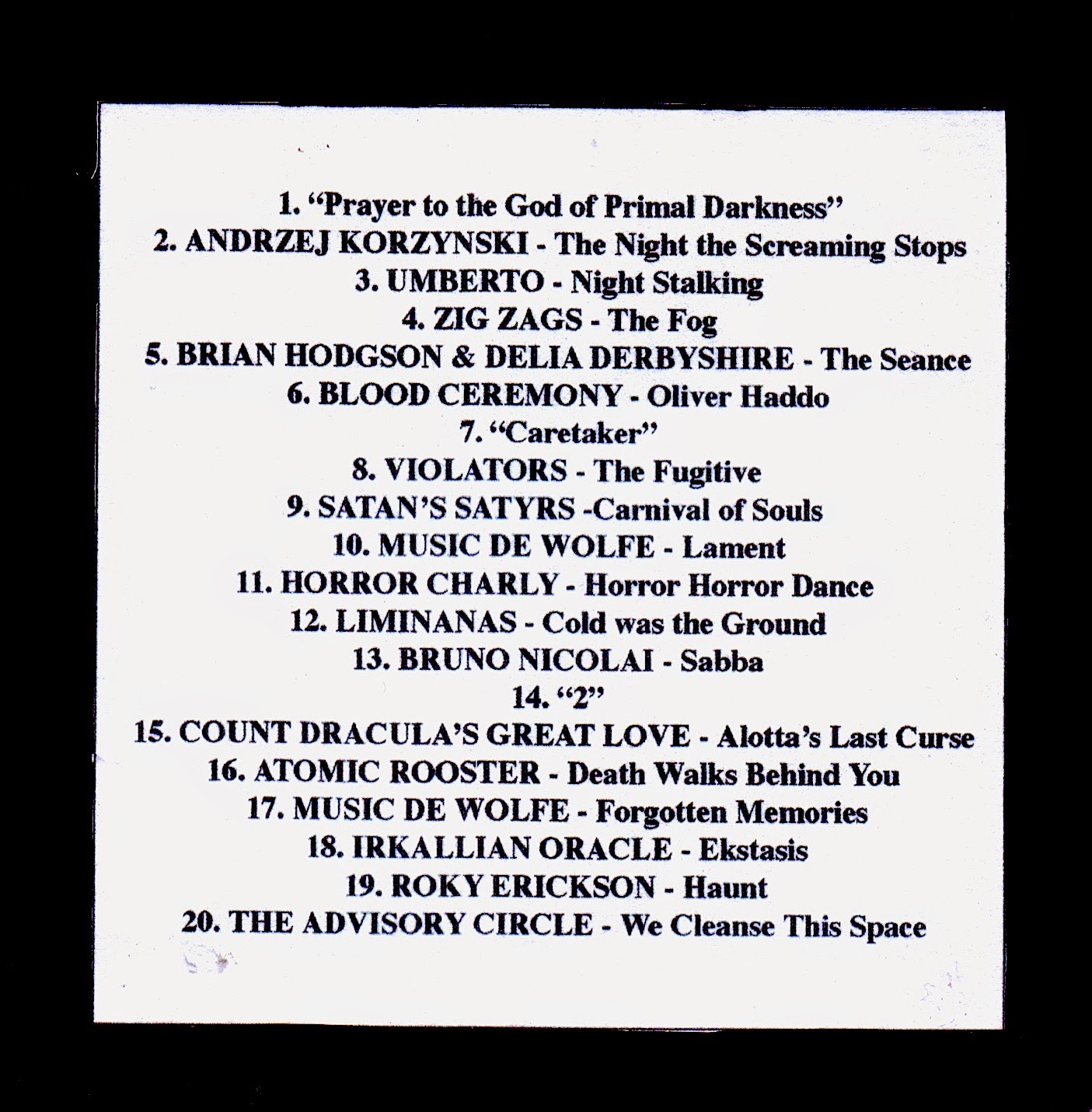 Every year, I find myself wondering how the hell I’ll manage to put together another full 80 minutes of top drawer horror-themed music in time for next Halloween…. and yet every year I end up pretty pleased with the results.

Word goes out this time to a particularly fruitful batch of new bands ploughing this general sort of furrow (Zig Zags, Satan’s Satyrs, Blood Ceremony…), meaning that this year we haven’t even had to draw upon the ever more stretched catalogue of Cramps and Misfits hits (though good old Roky does of course get a look-in). Not even room for any random slabs of Ennio Morricone nightmare fuel, although we do have a right belter from Bruno Nicolai and a few nice library cues.

Films evoked within, either directly or indirectly, include: ‘Manos: The Hands of Fate’, ‘Possession’, ‘The Fog’, ‘The Legend of Hell House’, ‘Carnival of Souls’, ‘All The Colors Of The Dark’, ‘Blood Sabbath’ and ‘Let’s Scare Jessica To Death’. Pretty good line-up if your going the 24 hour movie marathon route this Friday, I should think. 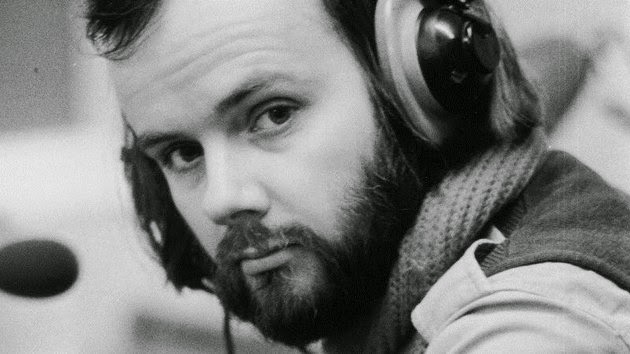 By necessity, I remember 25th October 2004 very well. Trudging across town to my three month temp job, struggling to get my bloody Sony discman to work (at least a year before the revelation of my first hand-me-down mp3 player), hearing skipping fragments of the second Icarus Line album that I’d got out of the library, thinking, well, this sounds pretty shit to be honest, but I should give it time cos I liked their first one (I was credulous like that back in those days).

I remember halfway through the morning, someone in work saying something to the effect of “oh, have you heard, that famous old DJ bloke died… what’s his name?”, and spending the rest of the day in a blank state of shock.

In the evening, a couple of friends and I went to the pub. There were really elaborate Halloween decorations up everywhere. We said reassuring things and all that. Closest thing to a wake for a family member I’d ever experienced until, in recent years, I’ve had to attend actual wakes for family members. Word to those friends, if they’re reading.

In spite of all the memorialising, the ascent to ‘iconic’ status, the BBC’s well-intentioned yet persistently ass-backwards attempts to pay ‘tribute’, I can’t help but think that the sheer magnitude of the legacy that John Peel left to music fans in the UK is still under-appreciated.

On many occasions of late, I’ve found myself talking music with people who, for temporal or geographic reasons, were unable to experience Peel’s programming in their formative years. Often, I find myself slightly shocked and distantly offended by what I interpret as their closed-mindedness and (to some extent) ignorance of the totality of pop musical forms, and their failure to appreciate the basic commonalities that exist between all such forms.

You mean to tell me, I keep thinking, that you’ve been listening to music all these years and you haven’t managed to come to an understanding that trad jazz and electronica and extreme metal and Chicago blues and African hi-life and stuttering introverted indie and dancehall and techno and unclassifiable outsider noise are all, basically, like, the SAME THING, to be experienced side by side, and appreciated according to the same system of values, as borderless forms of ecstatic human expression..? What the hell is wrong with you?

Then I remember, it’s not their fault – they mean well. But they didn’t have John Peel.

Then I contemplate the vast and humbling variety of great music currently being made in the British Isles by the age group that DID grow up listening to John Peel, and I think…. thank you John, we owe you too damn much. 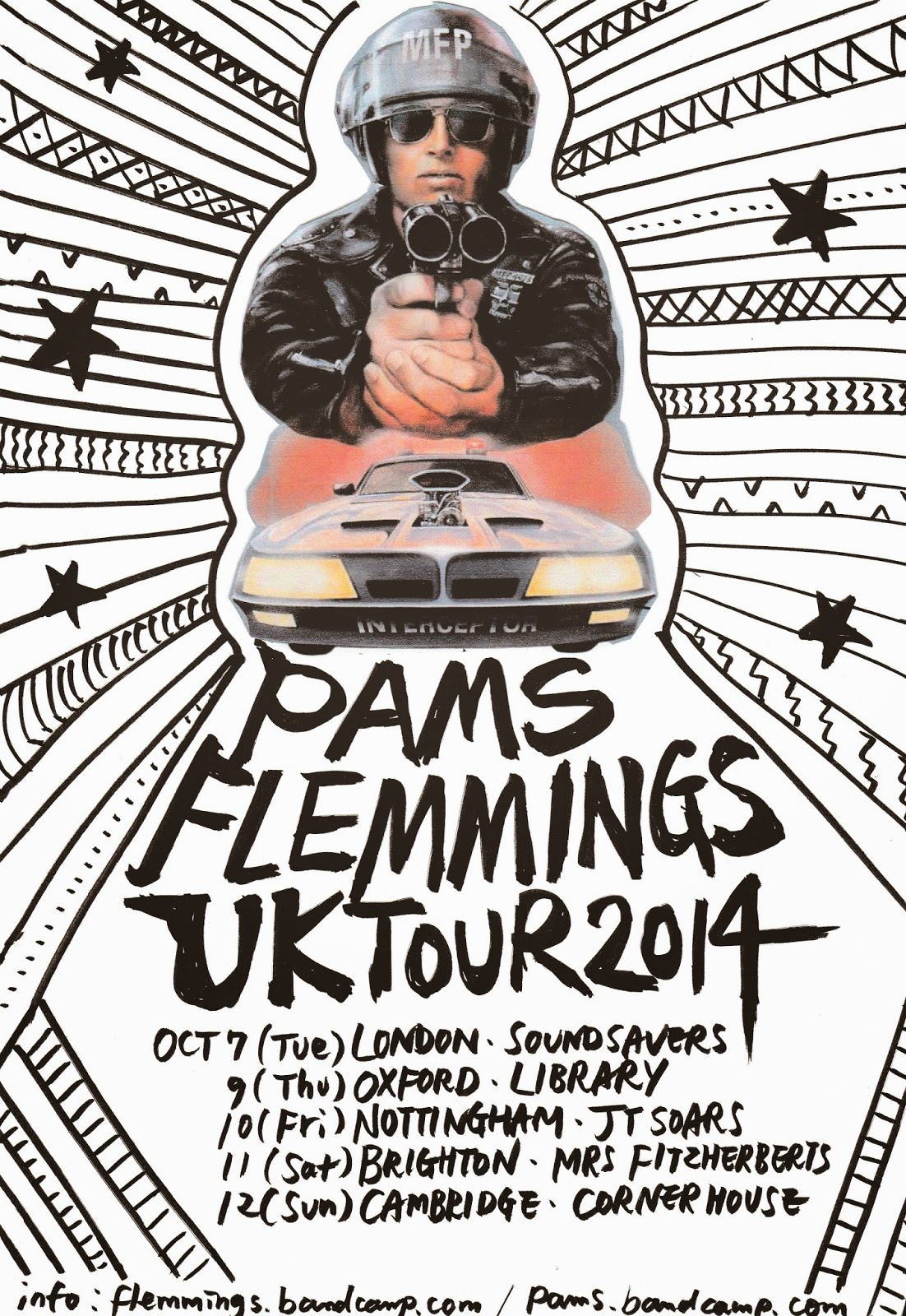 Foolish as it sounds, it’s always been one of my ambitions to partake in a “tour”. Social awkwardness, failure to attain a drivers licence and a complete lack of musical talent may have stymied my attempts thus far in life, but finally, PAMs are hitting the road next week in the company of loveable, NME-tipped (?!) indie-rock purists Flemmings.

Admittedly, we won’t be hitting any roads that go North of Nottingham or West of Oxford, so it’s a pretty paltry jaunt really, but y’know, times are hard, we tried our best, etc. We’ll have a VAN with a DRUM KIT in it anyway, so that’s proper tour as far as I’m concerned.

I always used to very much enjoy the ‘tour diary’ features that Plan B magazine used to run (the monotony! The trivial detail! The egotism and misplaced self-belief! The sense of ongoing narrative and random insights into rock band power structures!). So who knows, maybe if anything interesting happens I’ll attempt my own small addition to this much overlooked journalistic canon. Watch this space.

And as if that wasn’t enough self-promotion for one week, this has also prompted us to get our shit together and post our recordings from last year on bandcamp. Check ‘em out. If you like it, we’ve also succumbed to the trend of the hour and put them on a cassette tape that you can buy for a modest three quid.

(Satori did the poster above by the way.)