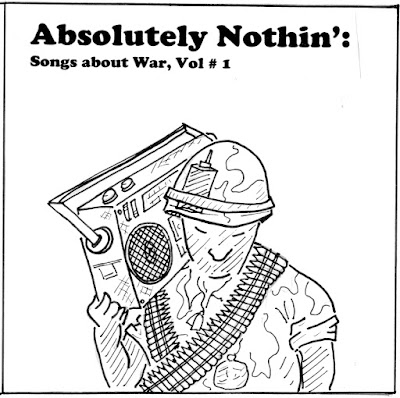 Over the past few years, I’ve inadvertently become pretty fixated on making themed compilations and playlists – either carefully wrought overviews of particular scenes, sub-genres or sounds, or else exploring different musical approaches to different kinds of subject matter. I will usually tend to slave away over these things for months on end, initially just for my own amusement/edification, although I have sometimes made actual, physical CDs out of them and given them to people I hoped might like them. On one occasion, I actually dared to sell some of these CDs for money (with proceeds going to charity, natch) – a venture which proved surprisingly successful.

So, as one part of my campaign to revitalise this blog, it stands to reason that I should start sharing these comps – primarily streaming via Mixcloud’s user friendly, copyright police-ducking interface, although I’m also game for providing more, uh, ‘old fashioned’ listening options upon request [see below].

A sort-of sequel to ‘Songs About History’, which I posted here back in 2012, the concept of ‘Songs About War’ speaks for itself, more or less, so I'll spare you a round of socio-political hand-wringing.

In spite of the fact that few if any of the predominantly first world based artists on this comp have any first hand experience of war (I think Billy Bragg was in the army at one point, but beyond that… no idea), I have done my best not to simply fill the whole thing with ‘60s derived “war is bad man… why can’t we just stay in head and love each other?” type diatribes, which would have proved all too easy (although I’ve still let The Byrds in with a more-or-less definitive example of the form).

Instead, I’ve tried to select songs whose writers have at least *tried* to place themselves within the skin of someone participating in armed conflict in some capacity, creating what they feel is an appropriate musical analogue to the experience, and perhaps reflecting to some degree on the place of war as a seemingly inescapable component part of human nature and society.

In this respect, I quite like the way that, as you listen to these songs in close succession, the specific details of the conflicts many of them are written about tend to fall away, leaving behind the feeling of more abstract, universal scenarios, applicable to any time and place throughout history in which people have been driven to fight and kill each other en masse.

If you’re worried that such subject matter could potentially lead to a pretty monotonously grim track list, well, what can I say – I hope the inclusion of several banging dance tracks, ‘80s heavy metal and a hefty application of black humour will help ease the burden a little.

Naturally, I would have loved to have included some more songs emanating from areas of the world that actually have been ravaged by war within living memory, but, broadly speaking, my experience of such music tends to suggest that – as was discussed in my review of the excellent ‘Wake Up You!’ comp in 2016 - musicians whose countries have recently emerged from conflict tend to have better things to do than stand around singing about it. Funny that.

Anyway, I hope you get something out of these selections. Any comments, observations or suggestions for future volumes are gratefully received.


[PS - if you’d like either a downloadable version of this comp or an actual CD, my email address is at the top of the page – I’ll be happy to help.] 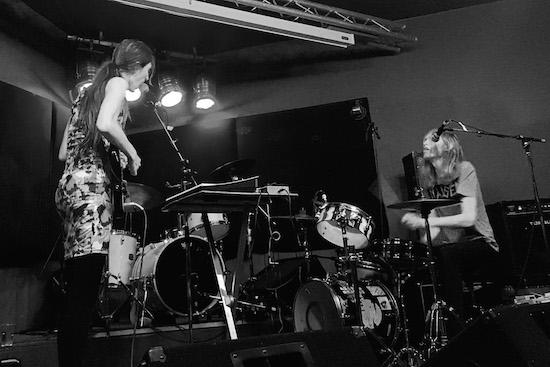 First exciting new band discovery of the year! Not that Guttersnipe (based in Leeds, and not to be confused with several considerably more trad punk bands of the same name) will necessarily need much of an introduction to adventurous listeners in the Northern half of the UK, having garnered a certain amount of praise/notoriety and secured many coveted alterna-festival bookings in the several years they’ve been performing/recording.

But me, I live down south and don't make it to many coveted alterna-festivals, so I just happened to notice they were listed as co-headliners with my beloved Vibracathedral Orchestra at Café Oto in March. When I visited the event page to buy my tickets, I clicked play on the video provided in order to see what I was in for, and.... oh boy.

Drunken mosh-bro idiocy from the spectators notwithstanding, this is pretty jaw-dropping.

Jan/Feb is a time of year that always demands some total fucking noise, and Guttersnipe are providing it in as exciting and unconventional a fashion as one could hope for. Each track on their bandcamp is a prime, compromise-free head-cleaner. Which is just as well, as I’d have trouble stomaching more than one of them in a single sitting.

Potentially recalling New York’s Slasher Risk, an aggressively feminized ‘80s Skullflower, Afri Rampo possessed by an Abyssinian war-god or my wildest dreams circa 2003, this is synapse-tearing stuff indeed. Check out ‘Sandworm Percolator’ or ‘Ophid Spy Cramp’ on their “Demo” and fall from your chair in involuntary supplication.

Doubly, trebly looking forward to that date in March.

(Of course, if I were paying attention, I could have been hepped to Guttersnipe WAY BACK IN 2016 when my old pal Stewart Smith wrote up a review of ‘em on a website I visit more or less everyday… ah well.)

(The photo above is taken from that piece and credited to Eleni Avraam.)