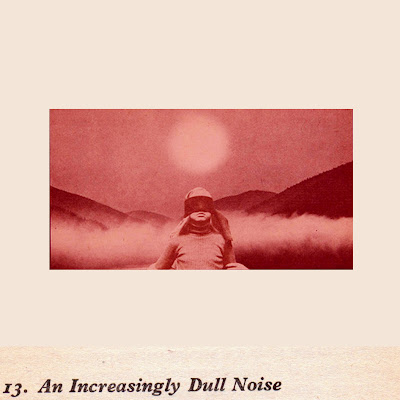 Here’s a quick 73 minute mix I put together this month. Often I make a kind of ‘start of Spring’ mix, but as Spring has yet to appear, it’s basically just a bunch of stuff I like that is not really fast rock music, arranged in a manner that pleases me. A few old favourites, a few things I’ve been getting into recently, a few surprises, I hope. There is something of a concentration of tunes with excellent rhythm tracks across the first half, a bit of a weird section through the middle, and something of a downbeat tone towards the end. Nothing deliberate or self-referential – that’s just the way it panned out. Hope you enjoy it. 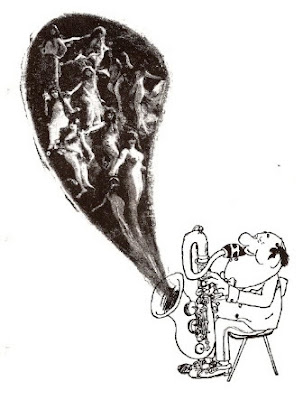 Ah, gee, I’m sorry I’ve not posted anything for a while. Usual story I guess, just spread out thicker. For various reasons, my life’s in the process of getting busier, and when it came to jettisoning activities, “writing about music” unfortunately volunteered to take the plunge.

I guess my relationship to music has altered somewhat in the past year or two as well, actually. Not too drastically - I mean, I still listen to as much music as ever, if not more, and with as much attention as ever. But as the focus has broadened, my enthusiasms have become more fleeting and subjective. As I’ve moved away from obsessing over song-writers and lyrical expression, the exploration of clearly delineated canonical ‘scenes’ and so forth, and more toward repeat listening to stuff just because, I dunno, I like the rhythm, or the organ sound, or the singer’s phrasing of one particular line, I feel like, well… what’s the point in wasting both our time just to tell you that, y’know? Such fleeting pleasures are largely incommunicable, and I suspect that most of us who’ve been in this ‘racket’ a few years realise that (when sober at least). We all follow our own strange path through this culture, forking out in a hundred thousand different directions (now more than ever, what with the emergence of the internet and the welcome disappearance of any press-led ‘grand narrative’), so why try to enforce commonality? Just listen to what you’re drawn to listen to, and I’ll do the same, and we’ll all have a good time. I mean most of it’s pretty good, this music stuff, once you get down to it.

At the same time though, I’m just making excuses. I’m always pissing away my days thinking of proper, insightful music crit type stuff I should sit down hold forth about. The essential paradox at the heart of The Rolling Stones; the spectre of repressed violence that characterises all of the best black music of the early ‘70s; the emergence of ‘70s heavy rock as the new ‘60s garage re: compilation culture and such; the unique greatness of Alternative TV, and their usefulness in smashing the depressing cyclical orthodoxy of British post-punk fixated future-thinkin’; and so on. Wouldn’t you just LOVE to read my Mojo cover stories on all of these notions? Yeah, so would I; but like I say, it’s a time issue really.

At the moment – bear with me on this one – I feel rather like an elderly saxophonist who has just been offered a regional pub gig. Excited, he packs up his dusty horn and hops on the train, only realising once he’s in motion that he’s not entirely sure where he’s going. Jumping off at a station he figures must be *pretty* close, he finds the map pinned up at the nearest bus stop unsatisfactory, sitting poorly with his thirty year distant memories of the lay of the land. So he figures, fuck it, I’ll get a taxi. It’ll probably cost more than he’s getting paid to play, but that’s never really what matters, is it? Whilst waiting on the corner though, he is unexpectedly accosted by the police, who have mistaken him for a local sex pest, breaking parole. Dragged back to the station, with much no-visible-marks rough-housing and generally hateful vibes along the way, the mistake is uncovered, and, once the appropriate paperwork is painstakingly filed, he is unceremoniously sent on his way. Shaken, he realises it is past 9pm, and, armed with a simplified OS map of the local area supplied by a helpful desk clerk, he fucking goes for it, racing flat out across wet and frosty fields in precisely the way his doctor warned him not to, lurching blindly into the darkness. Eventually, he sees the bright lights of the pub, where the barman is calling last orders to his clientele of about a dozen sauced up farmers and frustrated provincial misfit types. Hitting the stage to general bewilderment and disinterest, our man hefts his axe for a few disgusting, exhausted, slobber-filled notes, shedding an unobserved tear as he collapses into unconsciousness. Poor dear, the landlady says, propping him up at a table as the barman phones an ambulance.

Sorry, that didn’t really have much to do with anything, did it? It certainly lost its intended function as a metaphor pretty swiftly (I’m not quite THAT self-piteous), but I just got carried away telling the story. I enjoyed it too, dispiriting though the tale may have been. Maybe I should try this free-form writing lark more often. But I can’t, I don’t have the time, that’s what I’m trying to say.

Still, though no fault of my own, I’m entering a phase of life wherein I’ll be hanging around with a lot of enthusiastic music-minded people, attending (and perhaps partaking in) a lot of potentially absurd musical events, so perhaps some of this will help to overcome my ingrained cynicism. (And after all the years I’ve spent getting my cynicism just right too! Do you know the kind of craftsmanship that goes into that ingraining? All ruined because of a few good nights out. Bastards!) Likewise, I have a bunch of great new records piling up too, so if nothing else, my best records / best gigs lists for 2013 will be far from barren.

So in conclusion: I’ll continue posted here on an ‘as and when’ basis, but no promises. And in the meantime, if I can’t be arsed to write about music, I’m certainly good for sharing it out and letting the seeds fall where they will, and as such I’ve got a bunch of new downloadable mixes ready to go, which I will begin posting shortly. I enjoy putting these together a great deal, so if for some reason you’ve been missing the stuff I say here, take a chance and check ‘em out. Or don’t. As stated above, what do I care? Just listen to anything that’s not commercial radio or the grinding of your own teeth, and I’m sure we’ll all get along fine.

The illustration above is by Gerard Hoffnung, from the Hoffnung Companion to Music (1957).