If You've Got Some Time To Contemplate
A Bit Of Music-Write This Week.... 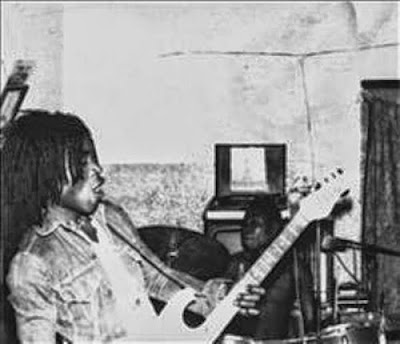 ...you could do worse than read Neil Kulkarni's concise summation of everything you need to know about mid-'70s Zambian rock. "Need" being the operative word. 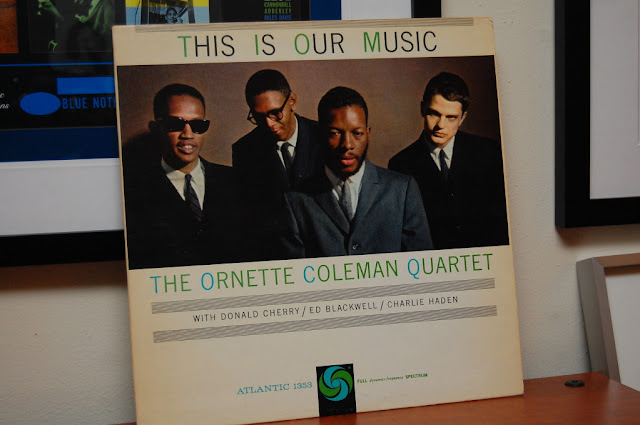 Looks like I’m pretty late to the wake on this one, but somehow I only discovered today that Ornette Coleman has passed away.

As seems appropriate given that much of his music aimed at transcending any sort of linguistic analysis or rational definition, I’m pretty tongue-tied when it comes to trying to find anything to say about the great man just at the moment, but I’d highly recommend taking a few minutes to read Stewart Smiths’s tribute, which gets it about spot on I reckon.

After that, as several obits I’ve seen today have commented, it’s probably best to shut up and listen to the music. This being 2015 and all, I'm sure you know where to find it without help from me.

A few random, prosaic observations whilst you’re doing that:

1. ‘The Empty Foxhole’, from 1966, on which Ornette plays accompanied by his ten year old son Denardo on drums, is perhaps / probably my favourite of his records. Just a really unique, weirdly accessible and beautiful chunk of ragged, open-hearted music; I love it. (Goes down particularly nicely stuck between some electric blues on mix CDs.)

2. ‘This Is Our Music’ and his super-aggravated soundtrack to Cronenberg’s ‘Naked Lunch’ take my #2 and #3 slots.

3. The former, as pictured above, is definitely my pick for one of my favourite album covers of all time. As with the music within, I can’t quite explain exactly why, but I’ve owned it on vinyl for years (bought it alongside tons of other cheap avant-jazz from a stall in Leicester market, I seem to recall) and I still love staring at it. The photo above isn’t mine (it’s sourced from Tumblr I think), but inexplicably, it’s the best representation of the artwork I can currently find online.

4. I wish that my memories of seeing Coleman perform at the Royal Festival hall in 2007 – sweating away in the cheap seats in my ill-fitting work trousers about a hundred miles away from the action – were clearer. Kind of a strange and rambunctious performance, big on shriek and clatter, featuring three bassists, I seem to recall. Between that and Cecil Taylor a few days later in the same room, it was all a bit overwhelming.

5. Having on numerous occasions used the word “harmolodic” as a high falutin’ synonym for “discordant” when discussing rock music in the past on this blog and probably elsewhere, I hereby publically state that that was pretty inadvisable and that I will do my utmost never to do so again.

7. Covertly knocking this post out in the office as my colleague plays bullshit contemporary “indie” music on some streaming service has not been the most pleasant of experiences.