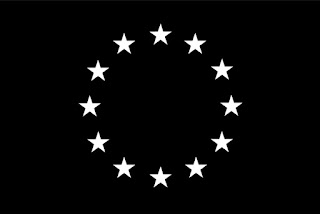 Sick of words following last week’s big you-know-what in the UK, I thought I’d fall back - as ever - on music and throw together a brief sonic response.

No mixing, no gimmicks, no chat here - just tunes. Little subtlety, much anger – hopefully some catharsis. Inevitably, we can’t offer 100% lyrical relevance, but, a few dated topical references aside, I hope the spirit of some of these songs still hits home.

More ambitious mixcloud outings are a possibility in the future if this one proves workable [I’ve not used their site before – any comments/issues, let me know], but for now, just think of this as an emergency aesthetic sticking plaster for a set of festering wounds that’s not going to start getting better any time soon.


1. The Mekons – Empire of the Senseless
2. Napalm Death – Think For a Minute
3. John Cale – Graham Greene
4. The Flying Burrito Brothers – My Uncle
5. Black Time – Problems
6. The Dirtbombs – It’s Not Fun Until they See You Cry
7. Skullflower – Fake Revolt
8. Marianne Faithfull – Broken English
9. Black Time – A Boring Day for the Boredom Boys
10. Keijo – Which Side Are You On?
11. Humousexual – Come On In 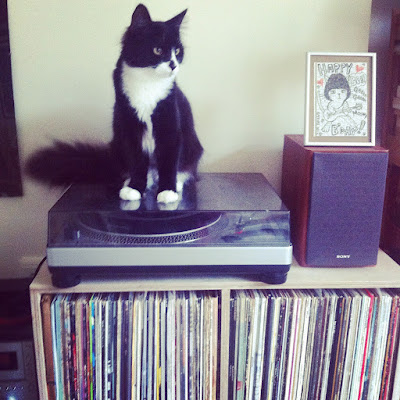 Oh boy, how this poor blog suffers. The next post here, a few months back, was due to be a report from the second ATP weekend taking place in Prestatyn in April, which we unwisely bought tickets for on the basis of adding some rock n’ roll to our pre-existing plans for an anniversary weekend by the seaside. So we all know how that turned out.

Much to pull out of that of course, with several weeks of my brain ringing with repetition, speculation and bullshit like a tennis ball clanging around a tin dome, but long sick of that by now, so no point getting into it here. Suffice to say, having been taken to the cleaners in other aspects of life once or twice in recent years, we’re at least anticipating trying to make it through 2017 without having triple figures sums torn from our paws by unscrupulous bastards. I still think Woody Guthrie was very much on point with this one when he sang (ok, muttered) “some will rob you with a six gun / some with a fountain pen”. Turns out some will wear a Fugazi t-shirt and put together a nice concert poster too, so be careful out there folks.

Subsequently, the post here was going to be a weird quasi-travelogue piece cataloguing every piece of music or cultural ephemera we encountered whilst instead spending the aforementioned weekend in Falmouth, incorporating ruminations on the death of Prince, which circumstances dictated we had to come to terms with solely through the means of hotel TV and pub staff gossip, devoid of access to shared online grieving, wiki fact-checking or any opportunities to actually hear more than a brief snatch of his music on the News at 10.

I would actually still quite like to write about that, but as ever, life gets in the way and the idea of actually finding time to sit down and bang out such ruminative type shit into MS Word becomes laughable, when there are still emails to answer and accounts to file. Now the moment has passed (I mean, not even I care what fleeting memories I can dredge up from six whole weeks ago, what chance do you have?) - so what next?

Well we’re off on another water-logged holiday tomorrow, and I’ll be neck-deep in work when we get back, so I wouldn’t hold your breath. [I know, I know – gainfully employed with paid leave, woe is me.]

Turns out I haven’t actually posted anything about contemporary music thus far this year, so let’s fall back on a few quick shout-outs and reminders before I go home to pack.

If you’re looking for high quality musical self-expression created by people living in more-or-less that same world as you & I, may I recommend the new long players from City Yelps, Dog Chocolate, T.O.Y.S, and, shifting the lens toward a whole other far-gone world, the characteristically blinding tour-funding download release from Blown Out (no surprises there then). Meanwhile, I’m not sure that The Still quite live in the same world that I do, given that they’re a shifting collective of improv-happy Berlin based session musos incorporating The Necks’ Chris Abrams, but I do know that their LP on Bronze Rat is a stone groove of self-explanatory cinematic loveliness.

On the live front, Nots from Memphis and Chroma from Barcelona both proved too f-ing cool for school (in an entirely positive sense), whilst the duo of Makoto Kawabata and Afri Rampo’s Pikachu predictably knocked it outta the park at Café Oto last Monday. Was edifying to see a heavily jet-lagged Useless Eaters pull a decent set out of the jaws of total disaster at some shithole in Camden the other week, was great to finally check in with The Heads again in April, and, best of all, was a real privilege to tag along on Flemmings’ tour for a few days and witness Grey Hairs undertaking a full strength home-town set in convivial circumstances. Great bands, lovely people, and crucially, none of them owe me £500.

Reissues & old records-wise, my mind has found itself repeatedly bent out of shape both by the delights of some early Chrome records, and by the recently reissued Alan Vega / Alex Chilton / Ben Vaughn collab on Light in the Attic. (Basically a massive, meandering mid-'90s jam session presented as an album, the latter could initially be mistaken for more-than-you-ever-needed-to-hear of Alan doing his Suicide thing over a trad gtr/bass/drums backing, but, as with just about everything these peculiar and gifted gentlemen turned their hands to, swiftly proceeds to become a lot more than the sum of its parts.) That aside, it’s been Miles, more Miles, Hawkwind (always Hawkwind), High Rise, Thin Lizzy, James Brown, Howlin’ Wolf and “Motown Chartbusters 6” (featuring an extremely unlikely Roger Dean insectoid spaceship on the cover) as far as the eye can see. Oh, and lets’ not forget Finders Keepers exultantly ramshackle collection of a bunch of library cuts and dialogue extracts from Jess Franco’s Les Demons too – tres bien, if you will.

Oh yeah, and we went to a soul night in Falmouth too – it was bloody brilliant.